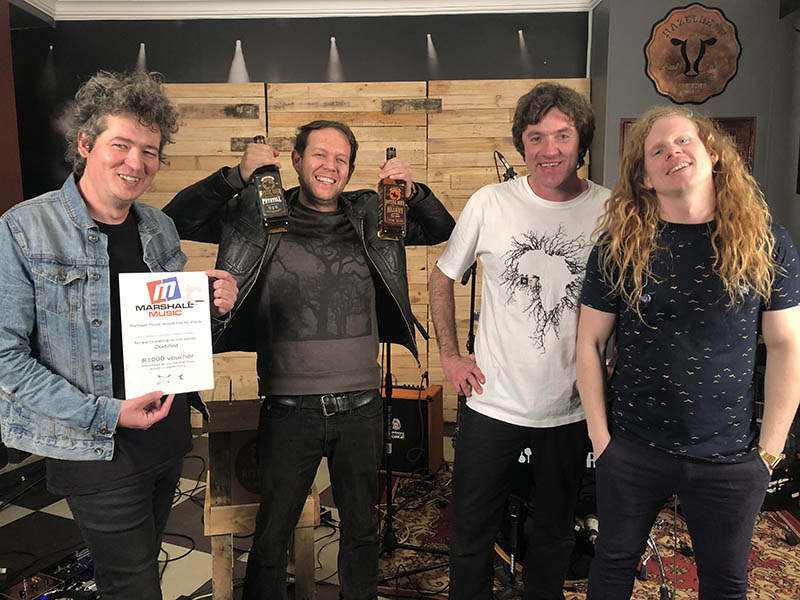 This week we feature Die See! Distilled is a new and exciting weekly YouTube music series of live mini concerts filmed in Pretoria. Each week we feature a South African band/artist who perform 3 songs of their choice in one live take. The show is filmed with Canon’s EOS M6, a compact, affordable mirrorless camera that can go with you anywhere, so you’ll always be ready for spontaneous stories on the streets.
Never miss a story!
https://www.canon.co.za/cameras/eos-m6/

Die See was formed in 2009 and released their debut album in 2010. Listening to the album, one senses a conversation between Henry’s melancholic singing and Dylan’s atmospheric electric guitar sounds, with Jason and Jaco not only providing a rhythm section, but becoming an integral part in layering the audio landscape of the songs.

They released their self-titled debut album in August 2010 and media response was positive. Loyd Gedye from Mail and Gaurdian says “Their album, which comes in some slickly designed packaging, is a very impressive debut indeed. Ferreira’s lyrics are soaked in nostalgia and loaded with images of summer holidays spent at the seaside…” while Anna-Retha Bouwer from Beeld commented “Die klank is melankolies en nostalgies en die lirieke neem jou na ver plekke.”.

2011 saw them touring to the Freestate, North West and Western Cape, playing several shows in Bloemfontein, Potch, Parys and Stilbaai. They also played the music festival FORR in Mozambique and several shows in Pretoria and Johannesburg. They were also nominated for 2 South African Music Awards.

They are currently working on their 2nd album.